Cord Cutting and Spiritual Self Care (with Avalaura Gaither) 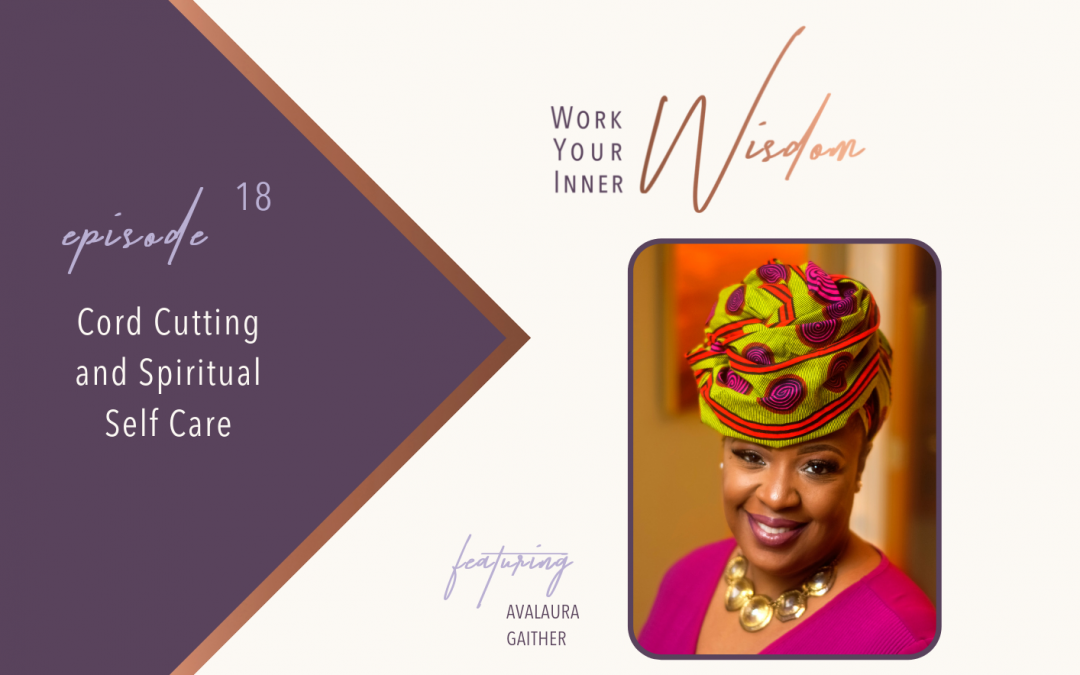 I don’t know about you, but I feel like I am running on all cylinders lately. Maybe it’s the ramp-up to the school year starting again for my kids, or just that I’m ramping up some new and exciting things in my business, but I feel like I’m constantly in high gear.

That’s why this interview couldn’t have come at a more perfect time. In this episode, I talk all about self care with Avalaura, an intuitive consultant and life coach. She’s giving my listeners – and me – some advice about intuitive self care, about nourishing both our spirit and our physical selves so that we can continue to serve others. After all, if I don't take time to refill my pitcher, I can't keep pouring out to everyone else.

What I love about Avalaura is that she doesn’t just talk about self care; she practices it in her everyday life. She has dedicated her life to helping leaders and individuals live their best lives and achieve their big dreams. She’s the founder of Avalaura's Healing Center, and she uses a holistic approach to help individuals deal with the challenges and life issues that stop them from living fully, completely, and authentically.

Avalaura is a licensed graduate social worker with a bachelor's degree in psychology. She is also a trained Reiki Master and teacher, a certified life coach, spiritual counselor, hypnotherapist, holistic aromatherapist, and a yoga and meditation instructor. She is also the creator of the powerful podcast Avalaura, Heal My Life, which you can find anywhere you listen to podcasts.

Avalaura describes her work as “taking…formal education background and combining that with spiritual healing.” She helps her clients by taking a holistic approach to healing and transformation. 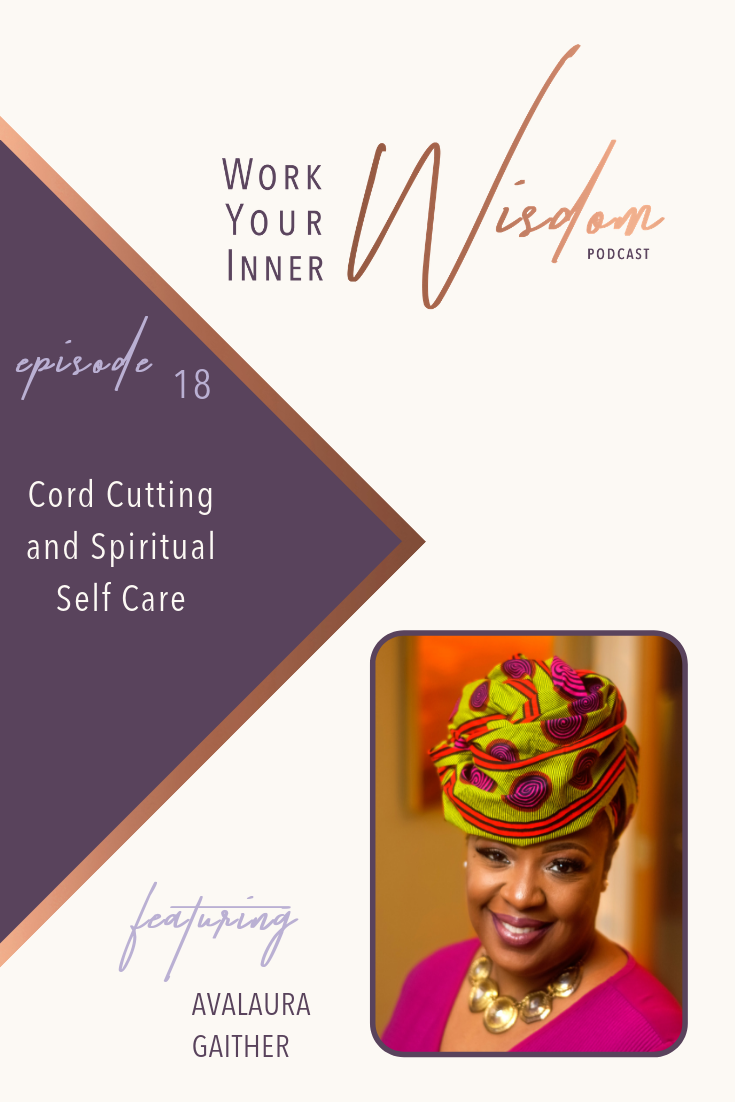 (5:00) One technique I discussed with Avalaura is something she calls “Cord Cutting.” When I asked Avalaura to expand on this idea, she began by telling me about her back story. Avalaura started her career in social work but found herself feeling depressed and unfulfilled in her work. She felt stuck, like she wasn’t making an impact. She wanted to serve people, but she says, “I found myself within the social work system that was not set up to help people heal.”

As she moved through her own transformation, discovering who she is, why she is here, and how she can use her gifts to impact other, she began to learn about many different practices – life coaching, Reiki, and dream interpretation. She also learned about a process called “Cord Cutting.”

Initially, Cord Cutting was something Avalaura applied to her own life, to help her heal and move through a transitional time. As she practiced the technique in her own life, she began to use it with clients as well.

Just after the 6:00 mark, Avalaura talks about Cord Cutting and relationships. In her work as a life coach, she helps many of her clients maintain and improve relationships, something she struggled with herself early on in her career.

As she began to encounter clients who had gone through a divorce or were experiencing heartbreak, she began to use Cord Cutting as an energy healing technique. She says Cord Cutting allows clients to remove or cut away toxic or negative energy between themselves and another person.

Anyone who has had a broken heart knows how difficult it can be to try to heal through. But energy does not die. It doesn't go anywhere. It just transmutes into something else. So even though the relationship might seem like it’s over, we don't understand is that energy is more real than anything we can see or touch or feel.

If it was a strong relationship and there was a powerful connection there, there will continue to be a strong connection unless you actually do something to release it energetically. And so that's what that Cord Cutting process is: removing the energy exchange between you and that other person.

(9:15) I love how Avalaura talks about Cord Cutting and its role in our relationships. When we are working with clients, there are old stories and beliefs that keep coming up, preventing them from making a change, or seeing the progress that they want in their businesses or in their lives. All those stories are rooted in relationships. Our past connections have dramatic effects in just about every other aspect of our lives.

As Avalaura mentions, our relationships are the most important thing for us. If our relationships aren't healthy – if they're toxic or dysfunctional, or if there is poor communication – they will negatively impact all aspects of our lives. And those old stories we well ourselves, they continue into the new relationships we have, too. It’s the law of attraction: what you don't heal, you just attract to you.

When Avalaura hears her clients ask, “why does it seem like I keep attracting the same type of person? Why does the same thing keep happening to me over and over?” that’s when she knows it’s time for Cord Cutting. It’s a process by which you can acknowledge it, heal it, and then literally disconnect yourself from it in an energetic way.

It’s different from standard counseling, where we give tools to help resolve past hurts. Cord Cutting really allows you to release that negative energy. We hold everything in our bodies: our emotions, our traumas, our experiences. And unless you do something to release it, remove it, and heal it, it's still stuck in your body.

This part of our conversation has me thinking back to my own patterns, and how they root back to a critical point in my life. What would it look like if I took the time to cut the cord of that relationship? 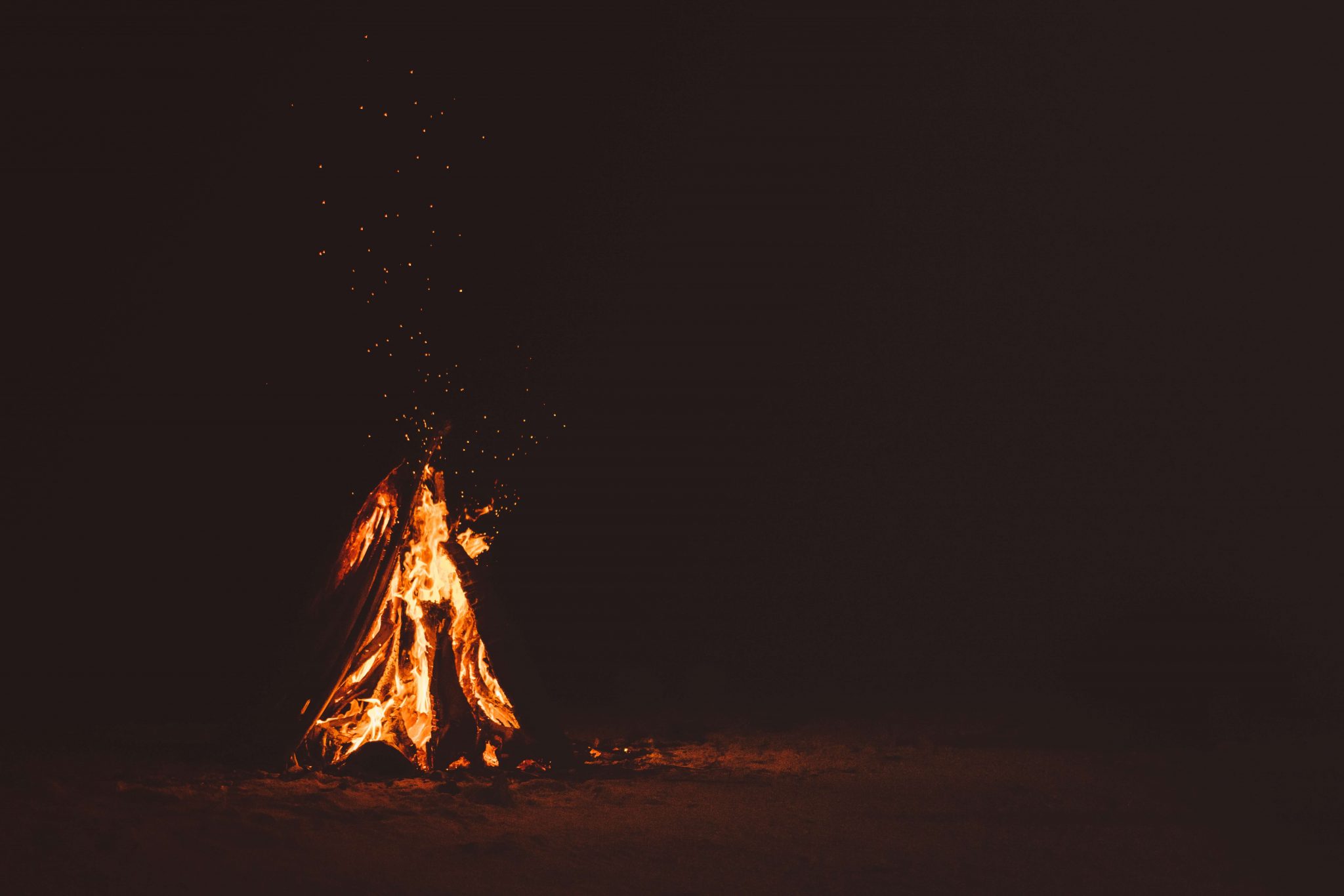 The Role of Intuition in Avalaura’s Practice

(12:00) When I ask Avalaura how intuition shows up for her, she talks about her work as an “intuitive consultant.” What does that mean? Well, Avalaura talks about her formal education (she’s got all the degrees to prove she knows what she’s doing). But she also has her intuition. And just as she’s spent years honing her professional skills, earning a bachelor's degree, master’s degree, certifications, she’s also taken that time to cultivate her intuition. She’s trained herself to strengthen it, listen to it, and honor it.

Intuition is a huge focal point of her work. For Avalaura, her professional training and her intuition are equally important. She says that in our society, we tend to honor the traditional education, but we don't really honor our own intuitive knowingness. She thinks we should strengthen and make intuition just as important as our formal education.

Avalaura says her intuition is extremely important when she’s working with clients because it allows her to see into them so she can help them to see themselves. And that, she says, is not something that can be taught through traditional education. Using her intuition helps her see into a person quickly and take them through a process that helps them to do that as well.

There can be room for both intuition and traditional training. We just have to learn how to create space and welcome both and in such a way where they're not competing with each other, but serving each other. As Avalaura so brilliantly puts it, “your mind and your spirit work in harmony together.” It’s your spirit that is meant to lead, and your mind to follow.

Your Spirit is Meant to Lead, and Your Mind to Follow

(16:30) Too often, we let our minds lead, and don’t even let our spirits in on the process. When that happens, we often feel out of alignment. We’re exhausted. It’s no wonder so many spiritually-oriented, intuitive business owners often feel frustrated or burned out at the end of the day. When we let the mind run roughshod over the spirit then, then that's the consequence.

Avalaura takes us back to her time as a young social worker, anxious, depressed, and feeling out of alignment. She felt like she wasn’t honoring her gifts or making an impact. She says, “I had certain duties that I had to fulfill, and that did not [allow] me to use my gifts or my intuition. I felt, totally out of alignment and totally out of harmony with myself.” She didn’t know what to do, and she didn’t know where to go for help. Because after all, where does a healer go to get healed?

At 18:25, Avalaura talks about her journey from that dark place to where she is now, a journey born out of desperation. Finally, she confided in a friend, who then invited her to go on a women’s retreat.

The retreat was a turning point, and got Avalaura back to what she calls “soulful self care.” Like I, I started getting back to me. She was doing yoga, meditation, eating healthy foods, and spending time in nature. All that led to an emotional breakdown. But, she says, “you got to break down to break through.” She cried out to God, asking for guidance…and then something incredible happened.

An overachiever, Avalaura did not take well to being let go. But that’s when her spirit kicked in, and she realized this is what she had prayed for, and that she wouldn’t ever have left otherwise. She says, “I was so committed to them that I stopped being committed to myself.” 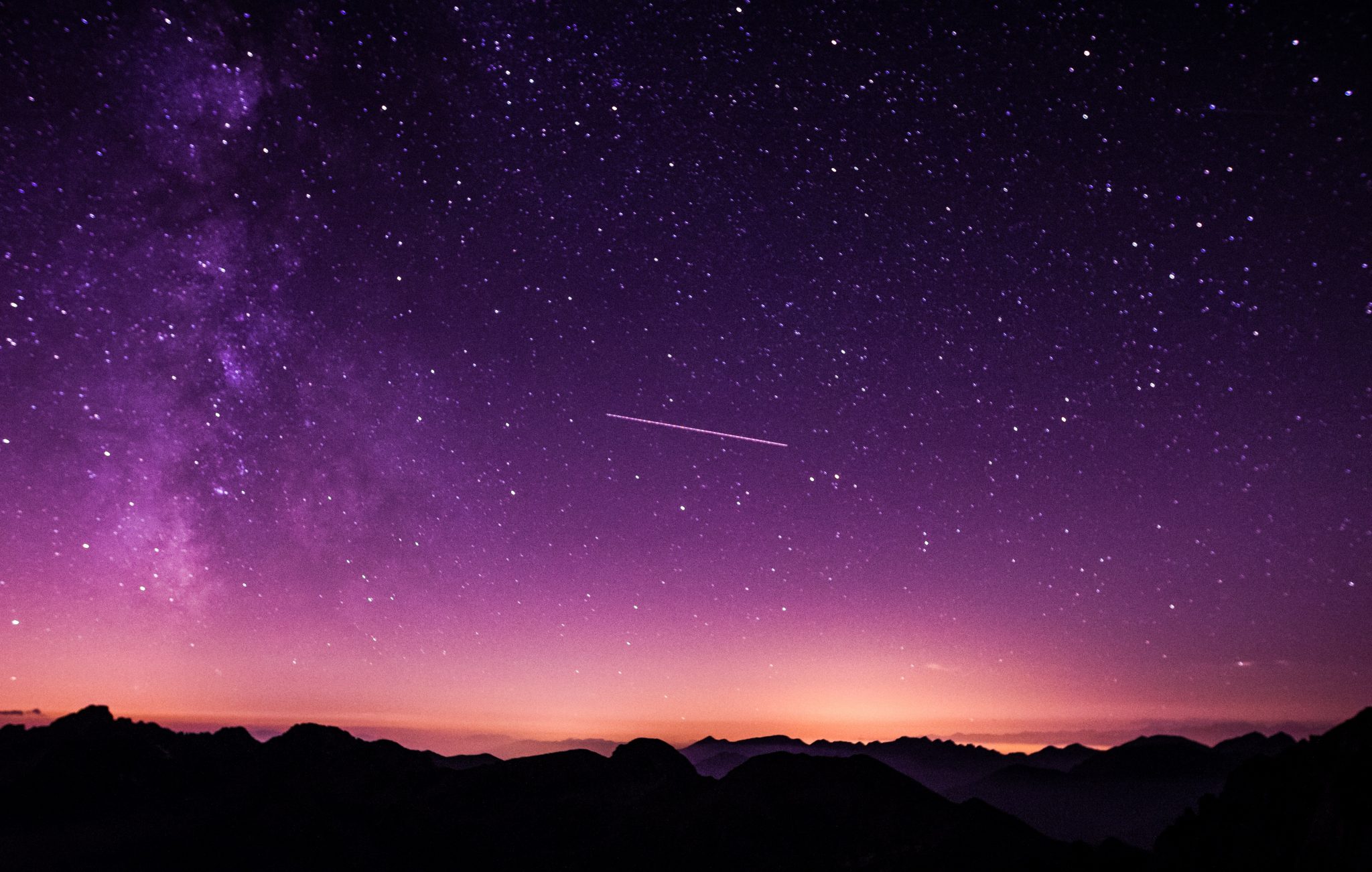 What is Self Care?

(22:10) In the mental healthcare field, we have been talking about self care forever. As it becomes a commonplace buzzword, it’s also become cliché. Self care is more than bubble baths, massages, and mani/pedis. Those things are all forms of self care, but they’re not everything.

“Self care,” as Avalaura points out, is all about the Self. It’s different for every person. Know what works for you and what doesn’t. Do some self-exploration and understand what feeds you, what nurtures you, what strengthens you, what takes away from you, what hijacks you, and what paralyzes you.

Self care, for me, is more strategic. It’s about taking the time to look at how you're extending your energy, where it's flowing to where it's blocked. No matter how many pedicures you get, if you're not addressing the fundamental flaw in your self care program, then you're going to remain stuck, and  you're going to get close to burnout.

(27:00) Every week, I spend the last few minutes giving actionable steps to help listeners apply the concepts we’ve talked about to their lives. When I have a guest on, I ask them to provide our audience with just one simple step that they can take today to help them in their business and their life.

Avalaura’s tip is very simple, and it’s subtle in its effectiveness. She encourages listeners to practice first-party communication. That means saying “I” or “me” instead of “we” or “us.” It means owning your stuff: “I am unhappy. I am feeling stuck.” I'm owning it, I'm claiming it wherever I am right now.

Speaking in first-party allows us to connect with ourselves and take ownership of our lives. With that comes the power to change what is happening in our lives right now.

When we own it, we own not just the thought or the feeling, but then we also own the next step. We get to decide what's possible, but we only can do that if we're first willing to take that moment and assess where we are right now.

I’m so grateful for this time spent with Avalaura. If you’d like to connect with her through social media, just search “Avalaura” in any platform – Twitter, Facebook, Instagram, LinkedIn – and let her know you heard her on Work Your Inner Wisdom. You can also find links to her website below.

Mentioned in This Episode:

Lee’s book, ACT on Your Business: Braving the storms of entrepreneurship and creating success through meaning, mindset, and mindfulness 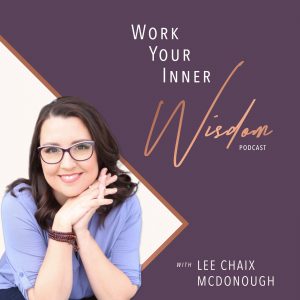